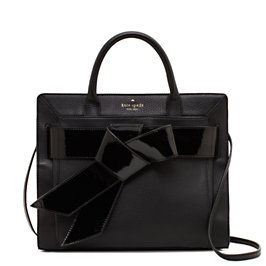 This weekend, I finished reading 1Q84, the latest Haruki Murakami novel. Murakami is considered “Japan’s leading novelist” and frequently described as an exponent of magical realism (or unrealism). I also remember reading somewhere recently that he is known for his detailed descriptions of food and cooking; indeed, I relished the spare descriptions of his characters’ simple meals. Something that seems less discussed in the realm of Murakami commentary is fashion: I noticed in 1Q84 many references to clothing brands or luxury labels. What’s more, these references were to ’80s-era, Japan-centric fashions that I’m less familiar with. So naturally, I turned to the Internet to fill me in.

Most notably, the novel contains several long scenes wherein the main character, Aomame, is dressed in a green miniskirted suit by Junko Shimada. Aomame consciously re-wears this outfit at certain points in the book, so I really wanted to be able to visualize it properly in my head. I follow fashion casually, but I was not familiar with Junko Shimada – turns out, as the Internet has exhaustively parroted, she was one of the first Japanese designers to work and show in France, opening her first boutique in Paris in 1984. Unfortunately, there are not a lot of easily-findable photos online of her early work (StyleBistro seems to have the most complete, easily-navigable archive of Junko Shimada collections back to spring 2001; Elle also has photos of her more recent collections).

I had almost despaired of finding a good reference when I checked out eBay, that bottomless trove of vintage stuff. Lo and behold, a vintage, ’80s-era Junko Shimada miniskirted suit in green:

As far as I can tell, this is basically what Aomame was wearing in 1Q84. It’s wool with cupro lining, minimalist yet traditional, relatively demure (the skirt doesn’t look that mini) and has got a very ’80s, Japanese feel (it looks like something worn by a lovelorn actress on one of my mom’s Taiwanese karaoke laser disc back in the day.) The only thing I really can’t get on board with is the washed out aqua green color – but I guess it was the ’80s, after all. [ETA October 16, 2013: The original Ebay listing is dead, but there’s an identical one right now. I’ve updated the image so it should stick around regardless of the ephemerality of Ebay listings.]

Aomame pairs this suit with “chestnut-colored Charles Jourdan heels.” Like these?

Bland, bland, bland. I guess the look suits the character, who, when not dressed in unremarkable yet expensive designer clothes, favors sweats and jersey knits. Other labels favored by Aomame include Calvin Klein, Bagagerie, and Ferragamo. In contrast, note that another character, Ayumi, dresses more daringly in Commes des Garcons accessorized with a Gucci bag.

Murakami seems really concerned with taste and consumption, suggesting all sorts of values about the choices his characters make in what they wear, eat, or buy – and in how they evaluate what other characters consume. For example, a scene where Aomame lunches with “the dowager”:

She [the dowager] wore a beautifully cut dress of unfigured pale green cloth (perhaps a 1960s Givenchy) and a jade necklace. Midway through the meal, the manager appeared and offered her his respectful greetings. Vegetarian cuisine occupied much of the menu, and the flavors were elegant and simple. By coincidence, the soup of the day was green pea soup, as if in honor of Aomame. The dowager had a glass of Chablis, and Aomame kept her company. The wine was just as elegant and simple as the food. Aomame ordered a grilled cut of white fish. The dowager took only vegetables. Her manner of eating the vegetables was beautiful, like a work of art. “When you get to be my age, you can stay alive eating very little,” she said. “Of the finest food possible,” she added, half in jest.

I can’t find a picture of a Givenchy dress to match this exact description, but I think the dowager would probably take her fashion cues from Audrey Hepburn:

Setting aside the cultural baggage that comes with brand names, I like the fashion references in 1Q84 because they are specific and concrete signposts that help the reader better visualize the novel’s universe. It’s the kind of detail that serves realism well, and Murakami does a great job with it in this novel without turning it into an overt commentary on materialism.

Gaultier and a fresh look at Karlie Kloss’ eyebrows.

I’ve finally gotten around to reading Susan Orlean’s New Yorker profile on Jean Paul Gaultier, who is newsworthy apparently because of the traveling museum exhibition of his work, currently on show in Montreal. I wish the New Yorker had made an online companion feature for this piece; notwithstanding Orlean’s effective descriptions of Gaultier’s work, they really must be seen. Of course, there are plenty of images to be found on the Internet.

One of my favorite parts of the article was the description of Gaultier dressing supermodel Karlie Kloss for his Fall 2011 couture show:

Upstairs in a workroom, Gaultier was doing a final fitting of a sheer navy-blue gown, trimmed with mink, on Karlie Kloss, an American teen-ager with important-looking eyebrows and a delicate mouth.

(Italics mine.) I consume a fair amount of fashion media, and I have never heard anybody characterize Kloss’ eyebrows as “important-looking” or anything like that — not that I disagree!

I think her eyebrows look a little inconsequential here, actually.

I can’t wait to check out the Gaultier exhibit when it comes to San Francisco’s de Young Museum in March.